It’s been a while, but another numpty SNP supporter has decided that they’d like a place in the Hall of Shame. Alex Lauder (previously of Lauder Logistics) feels that all all no voters are akin to cockroaches and that they should be taken out and shot along with the usual sectarian remark about the Orange Order. It sounds like a threat to me…

We’re proud to add Heng Sarmin to the Hall of Shame. Previously, Heng had been saying that the Orange Order is behind the times and all about hate. Of course, Heng then decided to make a comment like this towards myself and a Twitter follower from England. Congrats on earning a spot on the wall, Heng. 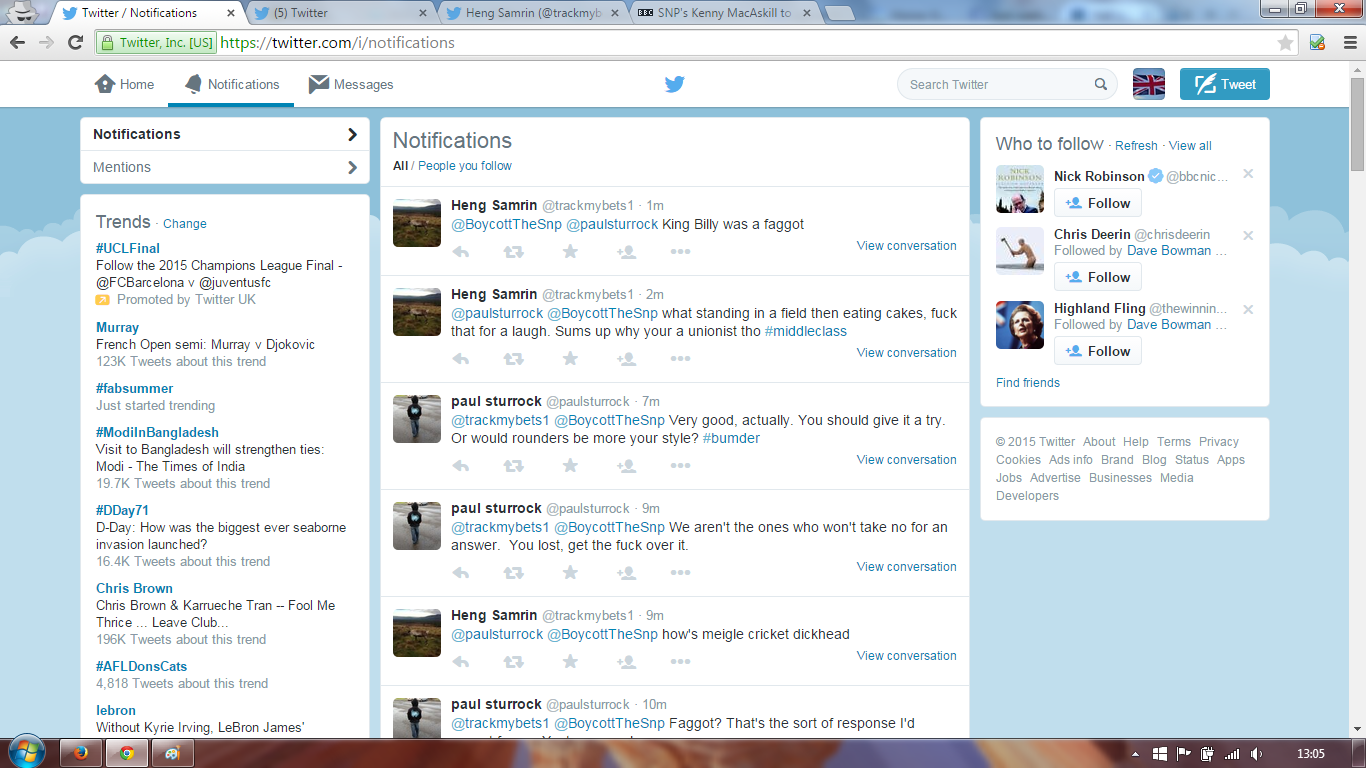 Let’s take a look at the newest member in the hall of fame. I think the screenshot says it all really, but alas what else do you expect from a scumbag?

After our poll, we had a comment from one disgruntled remark from an SNP supporter. Congratulations to Sandra McGhee for posting a volatile and sectarian comment that suggested that this poll had ties to the Orange Order. A sectarian comment like this has no place in politics and certainly not on any page affiliated to me.